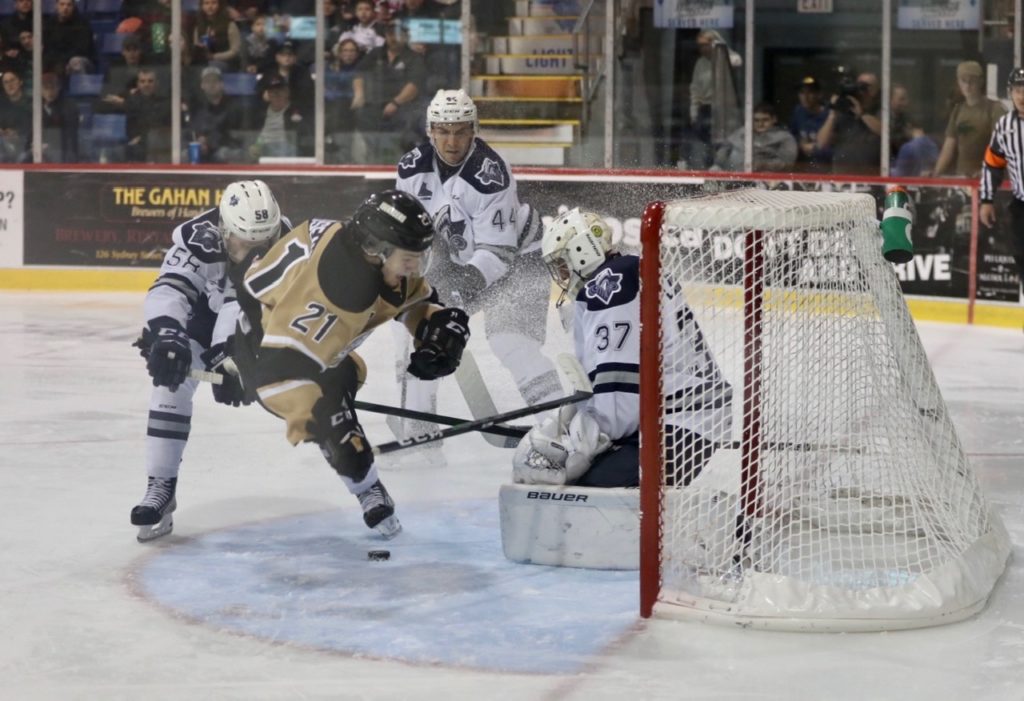 The Rimouski Oceanic proved tonight that they could win without their top player.

Four separate players recorded goals for the Oceanic, who defeated the Islanders 4-2 in front of a near sell-out crowd at the Eastlink Centre.

“The margin of error is so small in this league with some great teams,” said forward Thomas Casey. “We had some mistakes and they capitalized on them. It was tough; I thought we played good at times but we have to get back to our identity and we’ll be good from there.”

“The game had a real funny feel to it,” said head coach Jim Hulton. “I didn’t mind our game; obviously I didn’t like our result. There were just some strange happenings out there tonight that we’re not normally accustomed to. I think the thing we didn’t do was get the crowd into it early enough to help us.”

The story coming in to tonight’s game was Alexis Lafreniere. Unfortunately for the Oceanic, their star player and the project first overall pick of the 2020 NHL Draft wouldn’t factor in to the decision, as he’d take a checking to the head penalty and be assessed a game misconduct.

The Oceanic would get on the board first midway through the first period. In a mad scramble in front of Matthew Welsh, Nathan Ouellet would find a loose puck and bang it in on the third whack. For the 19 year-old Ouellet, that would be his fifth of the season.

Cole Cormier would add his third of the season on a controversial play; Anthony Hamel would take a high hit from Christopher Inniss, unable to get off the ice as Cormier streaked in on a 2-on-1 against Welsh.

The Oceanic would make it 3-0 thanks to Jeffrey Durocher while down a man early in the second before the play that could have swung the momentum in the Isles favour. After a large amount of agitation towards the Oceanic’s top line of Lafreniere, Cedric Pare, and Dmitry Zavgorodniy, Xavier Bernard pushed Lafreniere into the Isles net. When he got up, Lafreniere elbowed Bernard square in the head.

The referees came down hard on the league’s leading scorer, assessing him a five minute major and a game misconduct. Nikita Alexandrov would take advantage with the extra room, scoring his eleventh of the season on the ensuing powerplay.

Unfortunately, that’s as close as the Islanders would come. Alexandrov and Pare would trade goals in the third and the Isles took their third loss in their last four games.

Overall, Hulton said that this game was a measuring stick for what the Isles can expect when it comes to the grind of a long playoff run.

“To me it was a man’s game tonight. In the big picture of things it was a great test for our team, we’ll need more of this.”

The Isles are back on the road tomorrow night in Bathurst when they take on the Titan at 7:00pm. Catch all the action on Ocean 100’s Saturday Night Hockey with George Matthews and Cory Arsenault!