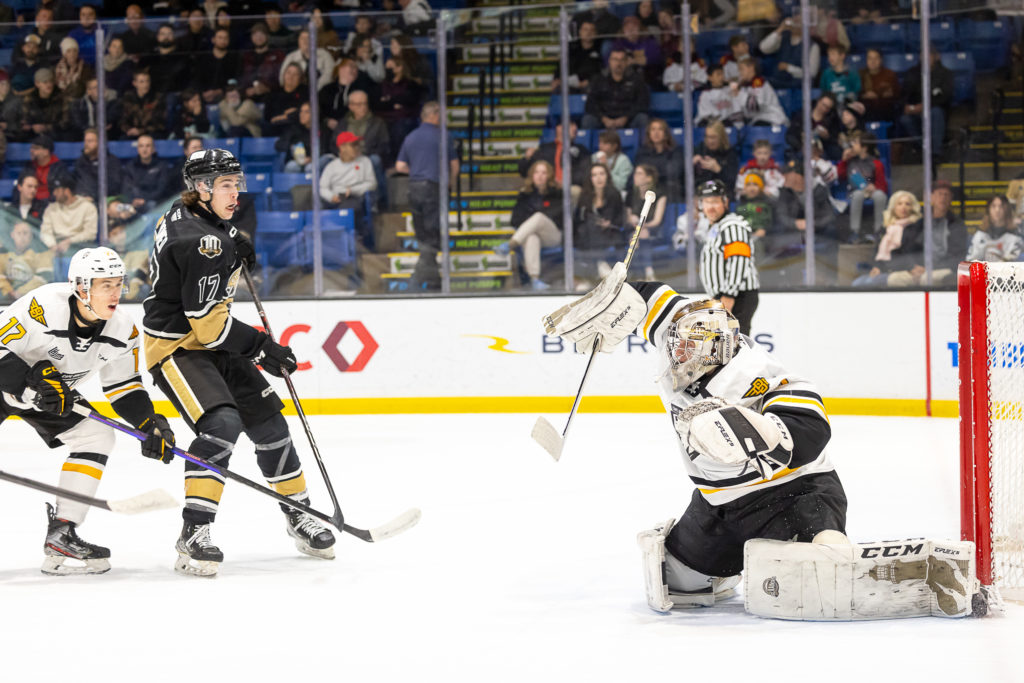 “It’s just been one of those games”

Colour commentator Cory Arsenault couldn’t have spoken truer words during the third period of yesterday’s matchup between the Charlottetown Islanders and Cape Breton Eagles. The Islanders are on the hunt for redemption tonight when they meet the Eagles in the second half of a back-to-back series at the Eastlink Centre.

Charlottetown (8-8-1-0) fired shot after shot on Cape Breton starter and former Islander Oliver Satny but couldn’t catch a bounce. Meanwhile, the breaks kept falling in Cape Breton’s favour; when the final buzzer rang, the Eagles took a 4-0 victory from the Isles, their fourth victory in a row. Eight different Eagles found the scoresheet with defensemen Xavier Daigle and Conor Shortall each picking up two assists, while Satny made 37 saves for his third shutout for the Eagles.

“We had a good first period, but we stopped playing,” said forward Jakub Brabenec following last night’s game. “Tomorrow is a new day and a new game so we want to come back strong tomorrow.”

The Islanders came out hot in the first period, firing 16 shots on Satny before the first intermission, but head coach Jim Hulton said that he felt the shot clock was a bit misleading.

“I thought we hid behind the shot clock; 16 shots to 3 but a lot of them were from the perimeter and that was kind of the story of the night. I don’t think we had the emotional level to battle to the inside of the rink.”

“There’s no reason for that. We just looked emotionally flat tonight.”

You can pick up your tickets for tonight’s game by visiting the Eastlink Centre box office, by phone at 902-629-6625, or online by clicking HERE. In honour of Remembrance Day, there will be a special pre-game ceremony to salute our military members and all those who paid the ultimate sacrifice for Canada.