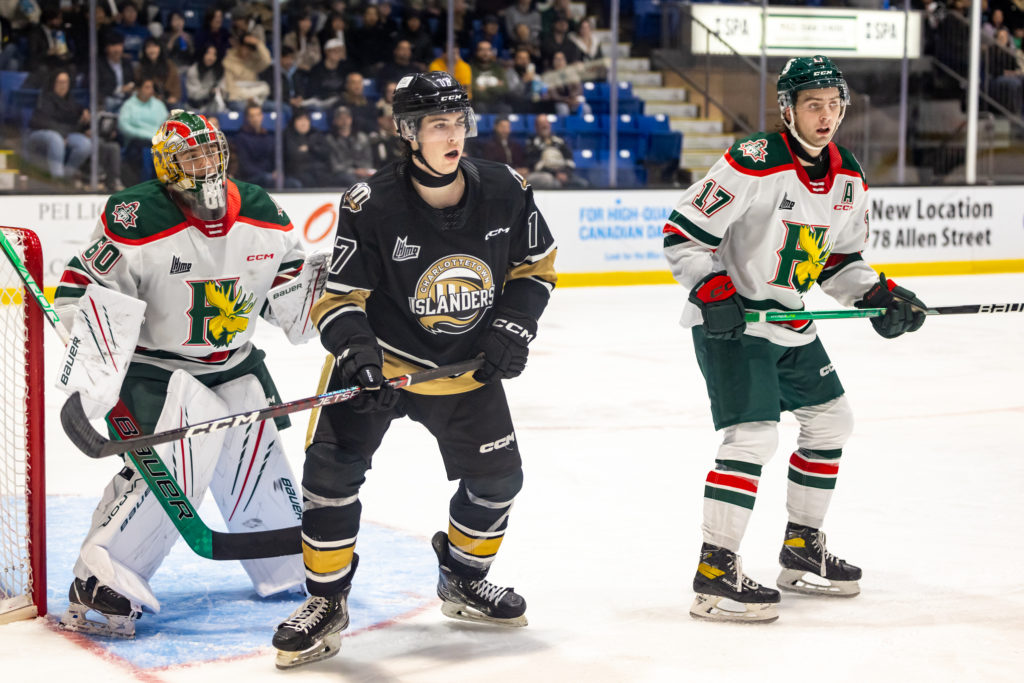 The ebbs and flows of the QMJHL regular season have begun to show themselves for the Charlottetown Islanders, finding themselves on a rollercoaster of momentum as they head into their third game in three nights. They’ll travel to Halifax today for a Saturday night matchup against the Mooseheads.

The Islanders (8-9-1-0) find themselves on a mini two-game losing streak after winning three in a row; those three wins came on the heels of another two-game losing streak. They’re coming off a 5-4 loss to the Cape Breton Eagles, one where the Eagles scored the game-winning goal in the second half of the third period after a back-and-forth affair. The Islanders game back from a two-goal deficit twice before Eagles forward Jordan Côté scored the game-winner.

Alexis Michaud picked up two goals in the loss; he is now tied with teammate Lucas Romeo among all QMJHL rookies with eight goals on the season. Giovanni Morneau added two assists as well, while Keiran Gallant broke out of a six-game pointless streak with a goal of his own.

“I thought we did a good job of bouncing back, but I’m disappointed in the mistakes we made with seven minutes to go in a tied hockey game,” said Islanders head coach Jim Hulton on the loss last night. “We have to get used to winning tight-checking hockey games; we had all the momentum in our favour with seven minutes to go and three chances to get the puck in deep. We don’t, and the capitalize.”

The Isles will have both forwards Jarrett Todd and Michael Horth at their disposal tonight. Both players were ejected from last night’s game following separate checking to the head major penalties and will not face any additional supplementary discipline.

Meanwhile, Halifax (11-3-2-0) faced some adversity of their own last night and will be looking for a rebound performance. The Mooseheads are coming off an 8-5 loss to the Chicoutimi Sagueneens, just their second regulation loss in the past ten games.

Despite the loss, Mooseheads forward Jordan Dumais continued to prove that he is the cream of the crop in the QMJHL landscape. Picking up two assists in the loss, Dumais now has an incredible 40 points in 17 games this season. The Columbus Blue Jackets prospect is rocketing up the Halifax record books; he now has 178 career points, just nine points behind fellow Blue Jackets draft pick Jakub Voracek for 16th in franchise history.

Catch all the action live on the airwaves with Max 93.1! Cory Arsenault and George Matthews will have the call with the pre-game show starting at 6:45.