Preview | Round 3 vs. Sherbrooke Phoenix 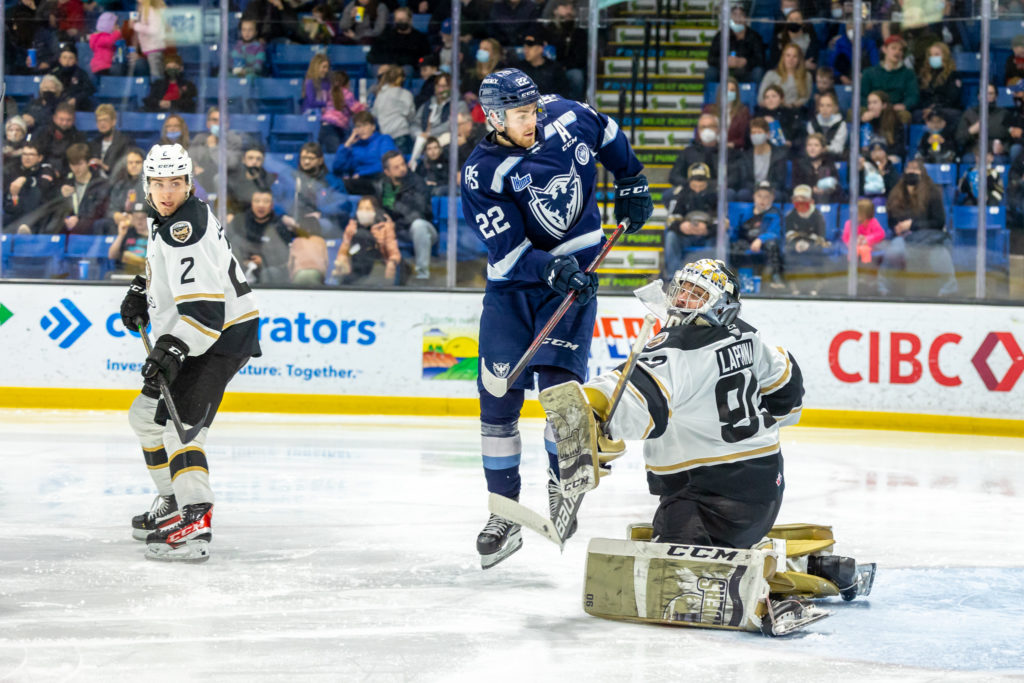 Nobody said that the journey to the President’s Cup would be an easy one. While the Charlottetown Islanders have been on a roll to this point, they will face arguably their toughest test of the playoffs with a semi-final best-of-five matchup against the Sherbrooke Phoenix.

The Islanders have made short work of both their opponents in the playoffs, having defeated the Moncton Wildcats in three straight first-round games followed most recently by a three-game sweep of the Acadie-Bathurst Titan in the second round. Dating back to the regular season, the Isles have won ten straight games. This is the fourth time in the last five QMJHL playoffs that Charlottetown has reached the final four of the league.

Ironically, the last time the Islanders lost came at the hands of the Sherbrooke Phoenix, a 6-2 loss at home on April 22nd. In that time, the Phoenix have won 11 of their last 12 games. They defeated the Baie-Comeau Drakkar in four games to advance to the second round, where they handled the Blainville-Boisbriand Armada in a three-game sweep. They finished the regular season as the top team in the Western Conference, sporting a 46-17-2-3 record.

Charlottetown’s approach to the playoffs has been a full team effort at both ends of the rink. On offense, the team sits third among all playoff teams with 28 goals for. They continue to be led offensively by usual suspects, particularly Patrick Guay. A former member of the Phoenix in his own right, Guay has been unstoppable throughout the playoffs, recording six goals and 13 points in just six playoff games. He recorded seven of those points in three games against Bathurst, including the game-winner in the series-clinching game.

As always, Brett Budgell continues to be an on-ice leader in the playoffs for Charlottetown. The team’s captain is tied with Guay for the team lead with six goals. He now has 18 career playoff goals, tied with former PEI Rocket Cory Urquhart for second-most in franchise playoff history. In 38 career playoff games, Budgell has posted 34 points.

In goal, Francesco Lapenna continues to play incredible lights-out hockey for the Islanders. The netminder has allowed just seven goals all playoffs, including just three against Bathurst, the lowest goals-against total in the QMJHL. As it currently stands, his .951 save percentage would go down as a QMJHL playoff record.

For Charlottetown to achieve success, they’ll have to find a way to tame the two-headed monster that inhabits the Sherbrooke top line. Joshua Roy and Xavier Parent have continued their torrid scoring pace from the regular season, currently sitting first and second in the QMJHL among playoff points. Roy and Parent, along with their linemate and the team’s leading playoff goal scorer Julien Anctil, account for 19 of the team’s 32 playoff goals scored.

From an injury standpoint, forward Jarrett Todd will be out for the series with an undisclosed injury for Charlottetown, while Keiran Gallant will miss Games 1 and 2. Patrick Leblanc continues to progress but is still out. For Sherbrooke, only defenseman Kaylen Gauthier was listed as injured prior to their previous game.

Game One between the Charlottetown Islanders and Sherbrooke Phoenix is tonight at 7:00 pm at the Eastlink Centre. Pick up your tickets at the Eastlink Centre box office, by phone at 902-629-6625, or online by clicking HERE. You can also catch all the action on the airwaves at MAX 93.1, or watch along on Eastlink TV!