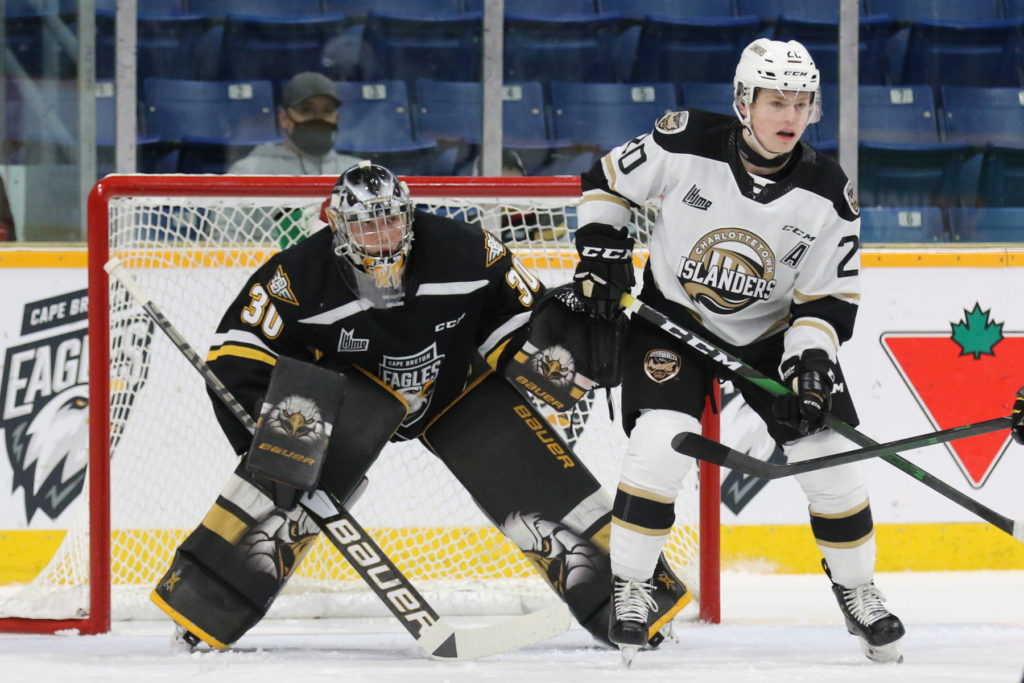 The Charlottetown Islanders have a chance to do something they haven’t done in five years tonight.

The Isles have a chance to move to 4-0 to start the season with a win tonight against the Cape Breton Eagles. It would be the first time since the 2015-2016 season that they’d accomplish the feat.

Charlottetown put forth an outstanding complete effort last night in the first half of a back-to-back in Sydney; Drew Johnston scored the game-winning goal while Ben Boyd and Brendan McCarthy each added their first career QMJHL goals en route to a dominant 5-2 victory over the Eagles. The Islanders peppered Eagles goaltender William Grimard, firing 42 shots on goal. Defensively, the Isles shut things down and suppressed the Eagles to just 15 shots on Colten Ellis.

Lukas Cormier, Cedric Desruisseaux, and Thomas Casey each recorded two-point games in the victory. The trio are off to a torrid start to the season; Cormier and Desruisseaux now sit first and second in the QMJHL respectively in points, while Casey is not far behind them in sixth. Cormier, the Vegas Golden Knights draft pick, now has eight points in three games to start the year.

In goal, expect Jacob Goobie to make his first start of the season. The 17-year-old is looking to build off a stellar rookie season in 2019-2020, one that saw him rack up seven wins in 17 appearances in goal. For Cape, look for Nicolas Ruccia to get the nod in goal. The 16-year-old was selected by the Eagles in the first round, 16th overall, at the 2020 QMJHL Draft.

Despite the loss, Shawn Element picked up another assist to start the season for Cape Breton. The newest captain in Eagles history, Element now has six assists in three games to start the season, tied with Cormier for the QMJHL lead in that category.

As always, Saturday night hockey action can be heard across the airwaves on Prince Edward Island on Ocean 100! George Matthews and Cory Arsenault will have the call for you, with the pregame show beginning at 6:45pm.