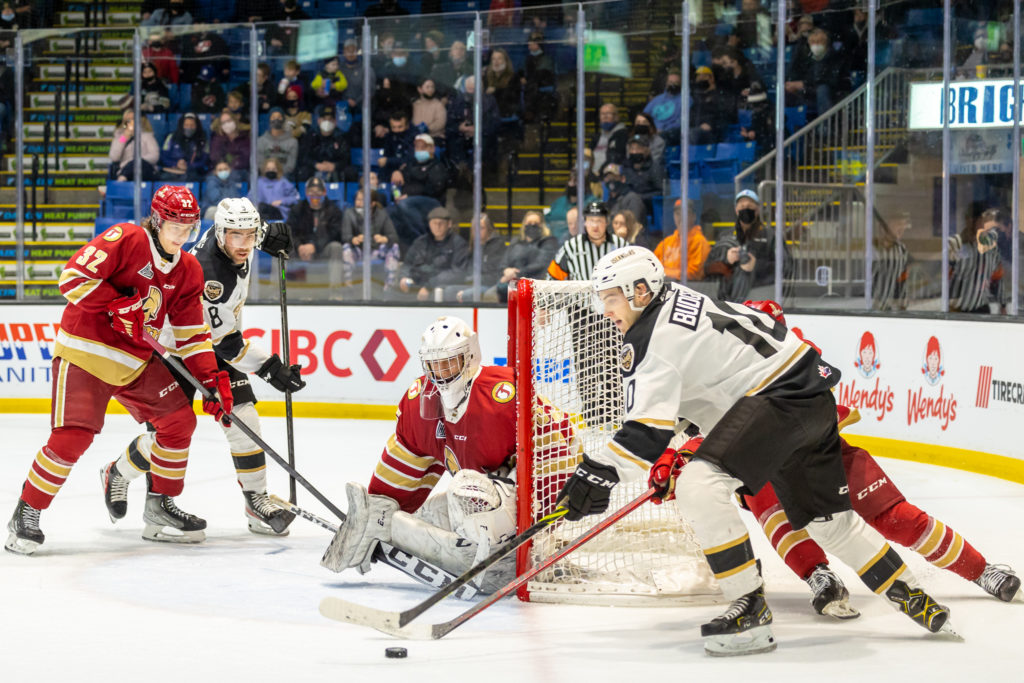 Your boys in black and harvest gold are rolling right along and will be looking for another sweep tonight and make their way towards the QMJHL semi-finals. After dominating games one and two, the Islanders sit in a position that many teams desire to be in, having the ability to send the only one of their Maritime foes that remain packing. Don’t count the Titan out quite yet, as they have already come back from a 2-0 deficit this post-season when they won the final three games to eliminate the Halifax Mooseheads. That series took a lot out of the Titan though as their legs have not looked anything like those of the Islanders. After having two days off though and now with home ice advantage, Bathurst won’t be going down too easy, at least you would think. The puck is set to drop on game three tonight at 7 pm at the K.C. Irving Centre in Bathurst.

As I said, the Islanders are currently leading this best-of-five series 2-0 while outscoring the Titan 9-2 in those two games.

The odds are not in their favor by any means, but as I said you can’t count the Titan out before the final buzzer sounds. They have been a pesky opponent for the Isles for most of the season and you’d have to think that their head coach Jason Clarke would have his squad ready to push back in front of the home crowd. Bathurst also turned their first-round series right around after going down 2-0 to the Mooseheads and took it 3-2 while outscoring the Moose 14-5 in those last three games. Now, the Islanders are a bit different of a squad compared to the Moose but as fans of sports, we all know anything is possible in the playoffs. The two days off between games two and three should have helped Bathurst as well with their fatigue as it was the leading factor to their no-show in the first two bouts. After a game that lasted until triple OT, and a series that took everything they had to win as well as only getting one day of rest in between rounds one and two, the Titan were a drained squad entering this series. The key to taking game three for the Titan will be their big dog showing up, those players being Kidney, Lafrance, Lapierre, Bednar, and Tourigny.

Jim Hulton still believes that his squad hasn’t played their A-game yet these playoffs which he believes is something exciting and so should Isles faithful. They have looked strong in every game so far, but the ability to hit that next gear is what will set the Islanders apart from their competition this post-season. When you’re looking to win a title and make your way to the Memorial Cup, you have to be on your A-game and remain in high gear no matter how tired you may get. With how condensed the regular season was, the Islanders would certainly love to complete another sweep and rest up before entering the semi-finals. I’m not quite as confident in a sweep this time around as I was when they took on the Wildcats, but I still fully believe the Islanders can do it. They just have to play as tough and gritty as they have been to this point as well as successfully solving Bednar like they have done all series. All said folks, if you can tune in to the bout tonight, do it, because you probably won’t get to see your boys again on home ice until next week.

Once again, the frozen biscuit is scheduled to hit the ice at 7 pm this evening at the K.C. Irving Centre.