Shorthanded a strength for Charlottetown in victory over the Mooseheads 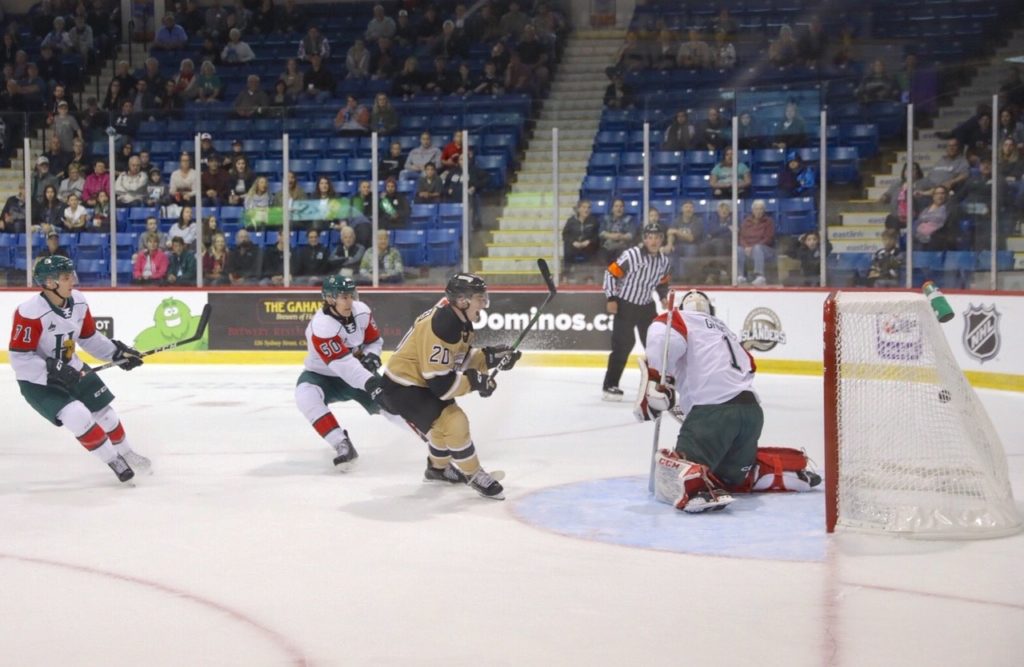 The Charlottetown Islanders did just that tonight.

Cole Edwards and Thomas Casey each added shorthanded tallies, Matthew Welsh made 22 saves, and the Islanders secured their first victory of the season with a 5-2 win over the Halifax Mooseheads.

“It’s awesome,” said Edwards on the offense generated down a man. “Against a high-powered team like Halifax, it’s impressive. It’s nice to score shorthanded but it’s not our main goal. It’s a byproduct of hard work, and when you work hard you get rewarded for it.”

The Islanders were the first team on the board in the game and, despite the talk of the shorthanded play, it actually came with the man advantage. Good puck movement around the offensive zone allowed Gaetan Jobin to bury the puck on a gaping cage for his first career QMJHL goal, giving the Isles the 1-0 lead.

The penalty trouble persisted throughout the first period for both teams, as a total of 12 minor penalties were assessed before the end of the first 20 minutes. The Islanders would find a way to capitalize down a man, and it was thanks to the speed of Thomas Casey. The Charlottetown native continued his hot start by streaking down the left wing, burning past a Mooseheads defender, and roofing a shot on Alexis Gravel for his third goal of the season.

Edwards recorded the second shorthander of the game to give the Isles a 3-0 lead before the end of the first period. He’d play a part in the team’s fourth goal as well, working the puck around on a 3-on-1 break before Zac Beauregard finished the pretty passing play for his first on the season.

Jeffrey Burridge would get one back for the Mooseheads before Edwards recorded his third point of the night with his second goal of the game. His three point night is the first multi-point effort of his QMJHL career.

Halifax would score one more in the third but it wouldn’t be enough, and your Islanders head in to the second weekend of the regular season with 3 out a possible 4 points.

The Islanders get a small break this week before facing the Mooseheads again on Friday night, this time on the road at the Scotiabank Centre. Tune in to all the action with George Matthews and Aidan Northcott on Fair Isle Ford Isles Radio!