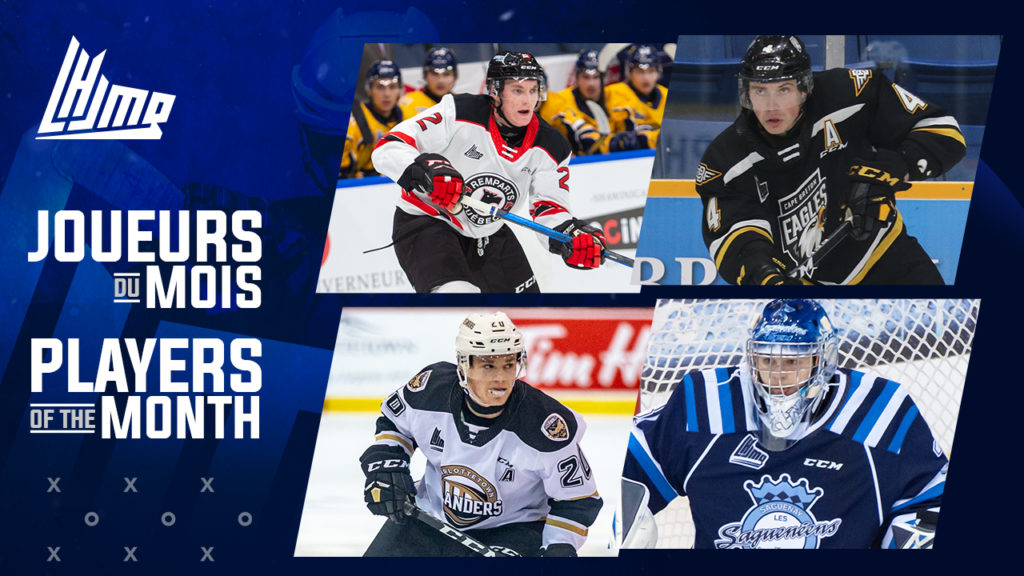 On his accomplishments, the QMJHL wrote: The Charlottetown Islanders lead the league in goals scored by a sizeable margin and hometown hero Thomas Casey has played a key factor in that development. The 20-year-old registered a point in each of the nine February games he played in, including multiple points in seven of those contests. On February 17th and 20th, against Halifax and Cape Breton, respectively, the fourth-year veteran enjoyed a pair of four-point games.

In addition, Cedric Desruisseaux was named an honourable mention for the distinction:

The only player separating Casey from the “Q” scoring lead is his linemate, Cedric Desruisseaux. The 20-year-old from Victoriaville, Quebec, who has also posted career highs in goals (28) and points (51) through 25 games, is on a 10-game point streak of his own, highlighted by a career-best five-point night against Halifax back on February 17th.

Finally, Colten Ellis was recognized as an honourable mention for the QMJHL’s Goaltender of the Month, finishing as a runner-up to Chicoutimi Sageuneens netminder Alexis Shank:

It’s been a banner year for the 20-year-old from Antigonish, Nova Scotia. Currently the league leader in wins (16) and shutouts (5), Ellis sits with 16 career whitewashes, just one behind Philippe Cadorette’s league record. Not to be outdone, the fourth-year veteran began March by signing an entry-level contract with the St. Louis Blues.

We’d like to congratulate Thomas, Cedric, and Colten on their recognition from the QMJHL!