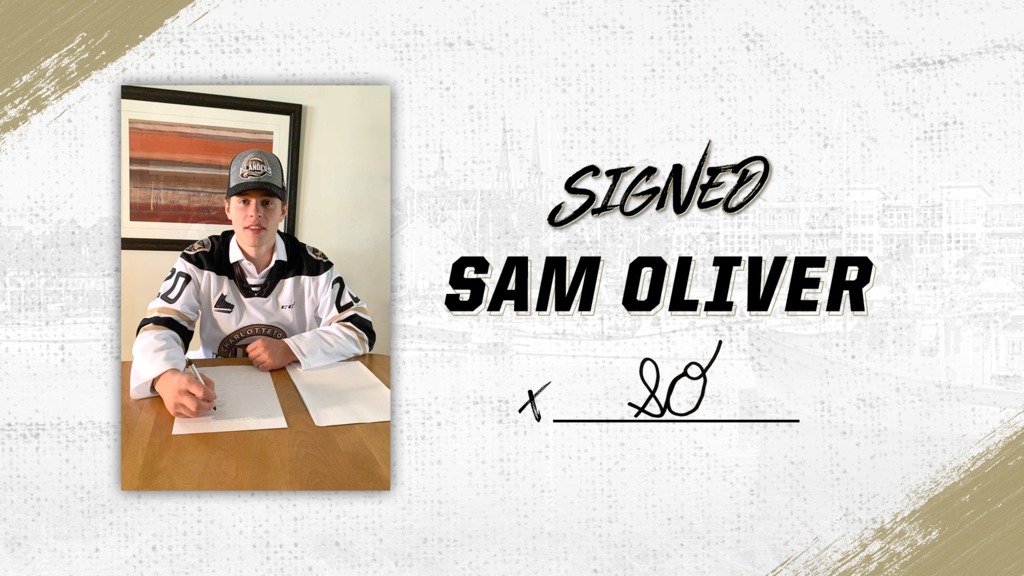 Charlottetown Islanders head coach and general manager Jim Hulton has announced that the team has signed top prospect Sam Oliver to a Standard Player Agreement ahead of the 2020-2021 season.

“We are very excited to officially sign Sam to a contract,” said Hulton regarding the deal. “He is a perfect fit for our team as he pays with grit, heart, and determination.”

a native of Quispamsis, New Brunswick, Oliver was drafted by the Islanders in the second round, 27th overall in the 2020 QMJHL Draft. The 5’10 forward put together a successful sophomore season with Rothesay Netherwood School in 2019-2020; Oliver led his team in scoring with 26 goals and 22 assists for 48 points in 44 games as the youngest player on his team.

Oliver has spent the past two seasons in Rothesay, playing against competition upwards of three years older than him in 2018-2019. Despite that, he still finished second on his team in goals with 23. In two seasons with RNS, Oliver has posted 49 goals and 85 points in 94 games.

Islanders director of player development and head scout Trevor Birt described Oliver as a 200-foot player who is a true centreman, while Hulton compared his style of play to that of Brett Budgell’s immediately following the draft.

“I am very honoured and excited to sign and officially be a part of the Islanders family, and I can’t wait to get things started in Charlottetown,” said Oliver. “Thank you to my family and many great coaches who helped to make this possible. And thank you, of course, to the Islanders organization and Coach Hulton for this opportunity.”

“We fully expect Sam to be a key component of an elite team, and we look forward to watching his career develop.” added Hulton.

The Charlottetown Islanders are pleased to welcome Sam Oliver to the family and look forward to having him in training camp this summer!