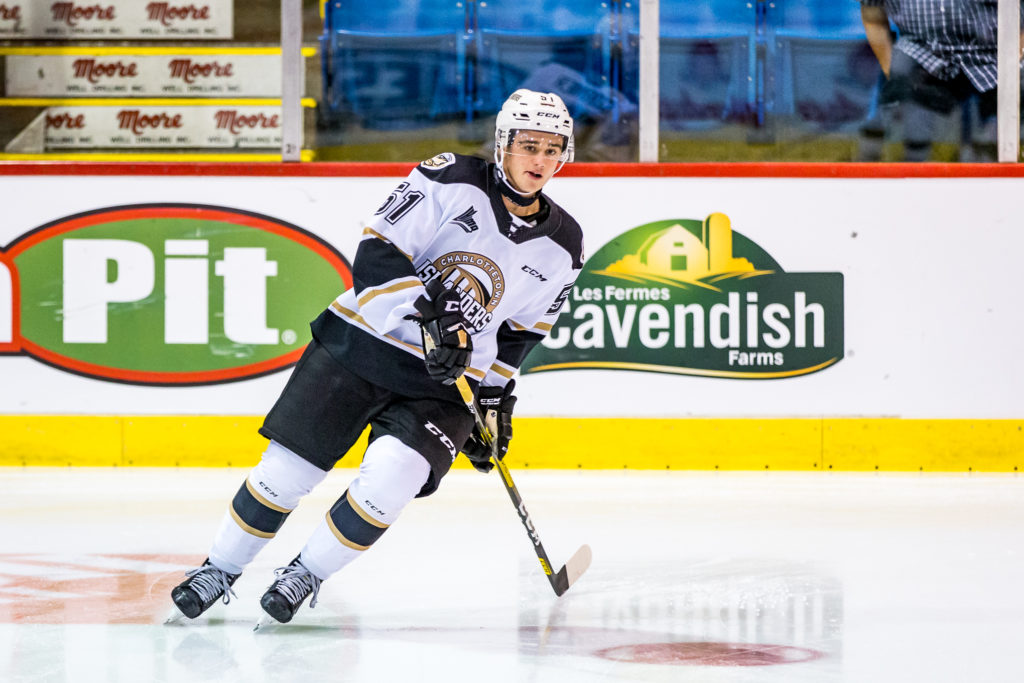 Two of the hottest teams in the QMJHL clash at the Eastlink Centre tonight as the Charlottetown Islanders and Rouyn-Noranda Huskies do battle for the first time this season.

The Islanders (5-0-2-0) are the only remaining QMJHL team, and one of just four teams in the entire CHL, without a regulation loss. Their efforts thus far in the season have not gone unrecognized, being ranked seventh in the CHL Top Ten this past week. They’re coming off of a weekend that saw them take five out of a possible six points in three games, including victories over the Saint John Sea Dogs on Thursday night and the Acadie-Bathurst Titan on Sunday afternoon.

Thomas Casey continues to lead the way offensively for Charlottetown with nine points in seven games thus far. He’s recorded at least a point in all but one game this season. Hot on his heels is Gaetan Jobin. The Swiss sniper recorded two goals, including the game winner, on Sunday in Bathurst and is tied for first on the team with four goals so far this season.

In goal, Matthew Welsh continues to be the pillar of peak performance. The 20-year old netminder currently sits second in the entire QMJHL with a .934 save percentage and a 1.58 goals against average. He’s also tied for sixth with four victories.

Meanwhile, the Huskies (6-2-0-1) haven’t suffered the same championship hangover that has hampered many junior teams before them. Despite losing five of their top seven scorers from last season, the defending President’s Cup and Memorial Cup champs have picked up right where they left off, currently sitting second in the QMJHL Western Conference standings. They’ll be riding the high of a come-from-behind overtime victory just last night over the Titan in Bathurst.

The bulk of the heavy lifting offensively has fallen on the shoulders of returning veterans. Vincent Marleau currently sits third in the QMJHL with fifteen points in just nine games, while fellow over-age forward Tyler Hinam is hot on his heels with thirteen points. Alex Beaucage, the third member of that line, is the man with the finish. The Colorado Avalanche prospect is tied for third in the QMJHL with seven goals.

In goal, Zachary Emond has seen action in all of the Huskies games this season. As such, the San Jose Sharks prospect has faced over 100 more shots than any other goalie in the league while still posting a sterling .921 save percentage, good for fourth in the league.

Tonight’s game will be a homecoming for Huskies defenseman Jacob Squires. The Charlottetown native will play his first career QMJHL game at the Eastlink Centre after being selected 39th overall by the Huskies in the 2019 QMJHL Draft. He follows in the footsteps of Noah Dobson as Island-born defensemen patrolling the Rouyn-Noranda blueline.

Tickets are still available for tonight’s game, and all of the action this weekend! You can get yours by heading to the Eastlink Centre box office, by phone at 902-629-6625, or online at https://boxoffice.eastlinkcentrepei.com. Tonight’s game is an Olde Dublin Pub Happy Hour game; Carter MacLellan will be playing tunes in the Moose Light Lounge starting at 6:30, along with $3.50 happy hour-priced drinks and free apps courtesy of the Olde Dublin Pub!