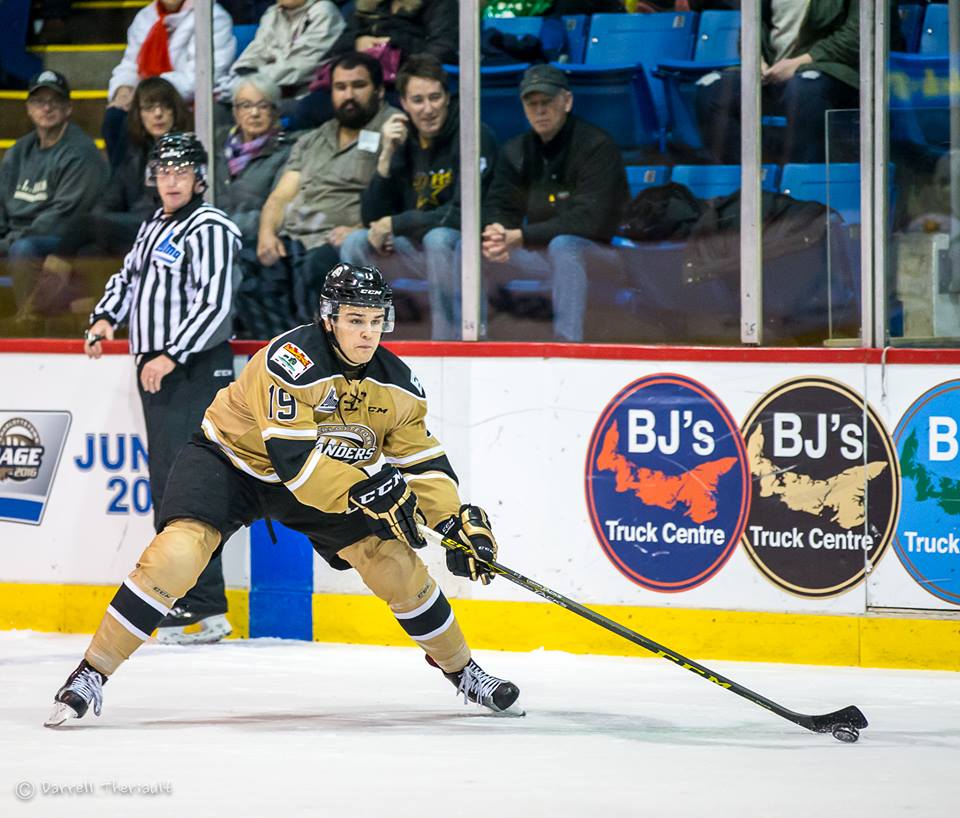 The Charlottetown Islanders came away with two points on Friday night in bizarre fashion.

While leading 5-2 with 4:30 to play in the third, a problem with the ice at the Eastlink Centre led to the game being suspended early and the win was later awarded to Charlottetown.

“I play with good players on my line, so it’s easy for me,” said Blais. “I’m happy to have the hat trick.”

Forward Jake Coughler said it’s a good bounce-back for the team after a tough loss in Saint John during the week.

“(The loss) kind of shattered the confidence a little bit but the goal tonight was to come back hard, and I think that’s what we did.”

The Drakkar surprised the Isles with a quick start, with Jamey Lauzon getting help from a bounce to put the puck past Matthew Welsh 86 seconds into the game.

Despite the Drakkar’s record this season, Oliver Cooper said they mustn’t assume anything will come easy.

“Hockey’s a mental game. Any team can beat any team in any given night and we know that. We’ve been on the opposite end of that so we didn’t want to take them lightly.”

Later in the period, the Isles got even as Blais buried a rebound in front of Antoine Samuel.

The Islanders bounced back with a strong second period in which they outshot the Drakkar 15-4.

An early power play gave the Islanders some momentum, with Daniel Sprong releasing a shot through traffic to give Charlottetown the lead just three minutes into the period.

After plenty of chances, Coughler added a second goal for the Isles before the period was over, dragging the puck around a sprawling Samuel with two minutes to play in the second.

“(Andrew) Smith made a really great play there and there was a little scrum. Thankfully it poked out to me and I saw I could walk around, and thats what I did,” he said.

A few minutes later, the Islanders were given a power play and Blais ripped a shot into the net for the hat trick at 7:57.

The Drakkar were awarded a penalty shot a few minutes later, but Fabrizio Ricci was denied to keep the game at 5-1. An unlucky bounce shortly after as Eric Leger’s pass got caught up in the legs of Filip Chlapik and landed behind Welsh made it a 5-2 score.

Then with 4:30 to play, officials tried to fix a hole in the ice above the Eastlink Centre logo, but after a lengthy delay the ice conditions were deemed too unsafe to continue and the game was suspended. With such little time remaining and the Islanders up by three, the League awarded the two points to Charlottetown after play was stopped.

The Islanders have another big night tomorrow at the Eastlink Centre as they play the Chicoutimi Sagueneens, who are just one point ahead of the Islanders in the standings.

“We’ve got to play a full 200-foot game and try to keep puck possession, and hopefully we get the win,” said Cooper.