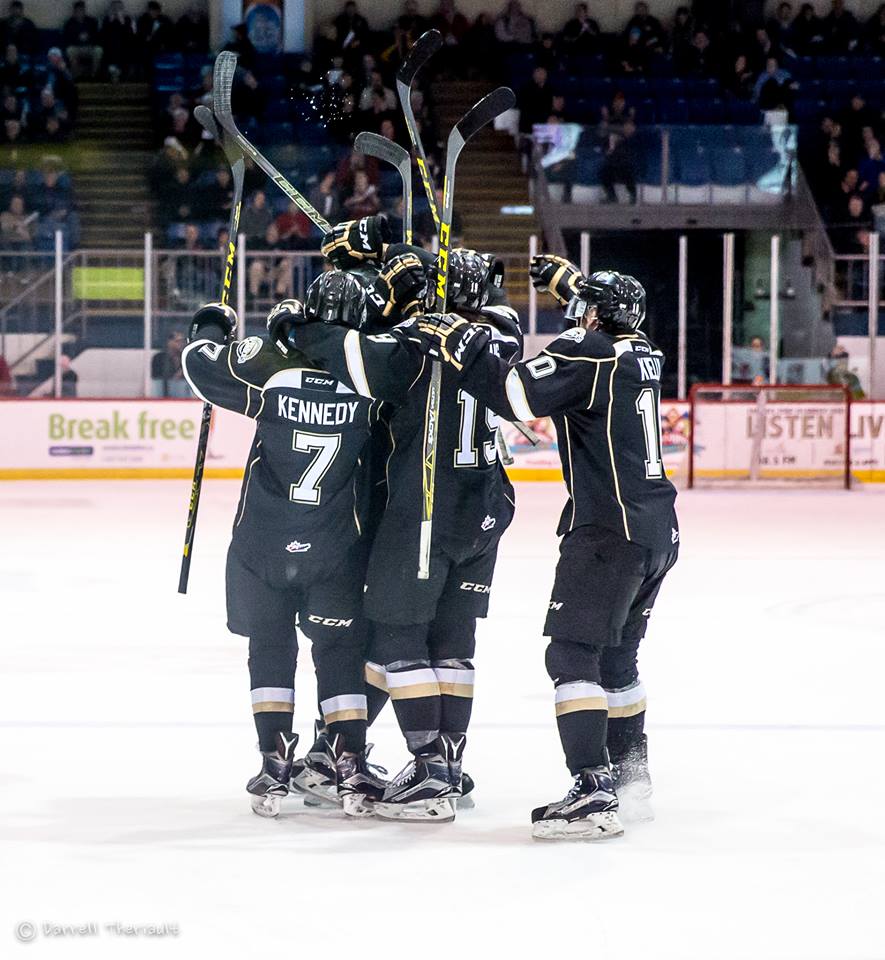 Samuel Blais had the game winner with less than three minutes left to play as the Islanders had a hard-fought 3-2 victory over the Shawinigan Cataractes on Friday night.

The Isles earn a split from their first two games in Shawinigan and tie the series 1-1.

Mason McDonald had a big bounce back game, making some big saves to give the Islanders a chance and stopping 35 of 37 in the game.

After a scoreless first period in which the Islanders started strong, the Cataractes got on the board early in the second as Dennis Yan got the puck past McDonald at the 1:46 mark.

But then later in the second, the Isles stole the momentum with a pair of goals just 52 seconds apart. Blais passed the puck to Daniel Sprong in the zone and he took the puck in deep before turning in front of the net to shoot the puck around the glove of Philippe Cadorette at the 12:49 mark.

Then, less than a minute later, Dexter Weber’s shot from the point hit the post, but Oliver Cooper jumped into the crease to bury the rebound and give the Isles their first lead of the series.

Five minutes into the third, the Cataractes thought they had tied the game as a shot by Alexis D’Aoust hit the crossbar. It was called a goal on the ice but after a lengthy review it was determined the shot had not hit the inside of the net.

The Cataractes did tie things up later in the third as Mathieu Olivier got a shot through traffic at the 14:33 mark, but a few minutes later Sprong set up Blais in front of the net and he made no mistake in wristing the shot past Cadorette.

The Cats tried to send the game to overtime late but the Islanders held on.

There have still yet to be any power play goals from either team in the series, with the Isles going 0-for-3 on the power play and 2-for-2 on the penalty kill on Friday night.

The series will now shift back to Charlottetown for games three, four, and five on Monday, Tuesday, and Thursday night respectively. Each game starts at 7 p.m.

Tickets for those home games are available now through the Eastlink Centre Box Office. The Box Office will be open at 12 p.m on Saturday and you can stop by in-person, call (902) 629-6625, or order online at www.eastlinkcentrepei.com.