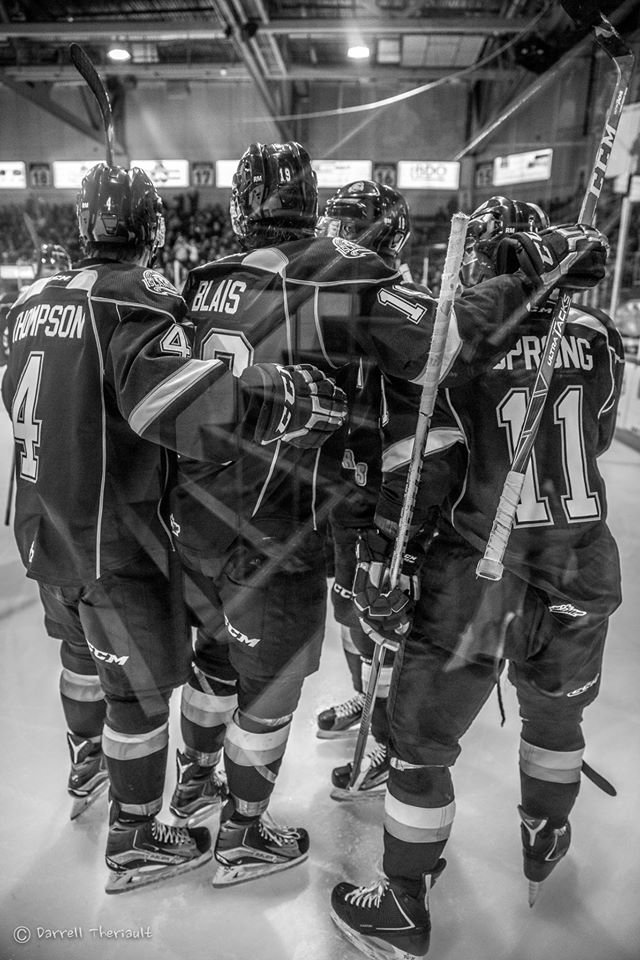 The Islanders’ season will be on the line when they face the Shawinigan Cataractes for game six on Sunday night.

But the way they see it, they’re just two games away from advancing to the third round of the playoffs.

Confidence is still high in the Islanders dressing room despite a 6-4 loss to the Cataractes in game five.

It won’t be an easy task for the team, but it wouldn’t be a true reflection of the 2015-16 season if things were straightforward.

“We haven’t done anything easy all season,” said Head Coach Jim Hulton. “But we’ve always got the job done. We’re excited to get back on the bus and head up there to push this into seven games and create some more memories.”

Facing the second-seeded team in the league, the Islanders knew from the get-go that this series was going to be a challenge.

“We’re still confident in the group we have in there.”

With the 2-3-2 format of this series, the Islanders must now win two games on the road if they hope to keep playing. But winning on the road hasn’t been an unthinkable task in this series, with three of the five games being taken by the road team.

The Islanders have already won one game in Shawinigan this series, and on Sunday they’ll look to win one more.

“We’ve got a big game Sunday night in Shawinigan and we’ve got to win that one to keep our season alive,” said forward Daniel Sprong.

The team will take things one game at a time and not think about the game ahead, said Sprong.

“We wanna win that first game on Sunday and we’ll take it from there – shift-by-shift, period-by-period.

“If we play like we did (Thursday), I have no doubt in my mind that we’re gonna win.”

Hulton said the Islanders will have a few adjustments to make from Thursday’s game, although he still felt it was the team’s best game of the playoffs.

“We’ll have to tidy up our power play a little bit, and then just go and put it all on the line, and have some fun with it.”

Forward Samuel Blais echoed Hulton’s thoughts, saying they were the better team in game five, despite the loss. They’ll have to do the same on Sunday.

“We know we can beat them. Just be the better team Sunday and I think we’re gonna be all right.”

If the team does advance through the two games, it will be the first time in franchise history the team makes it to the third round.

“No one wants their season to end in Shawinigan for that long bus ride home,” said Sprong.

And although there’s still a long way to go, the players still believe they can make history.