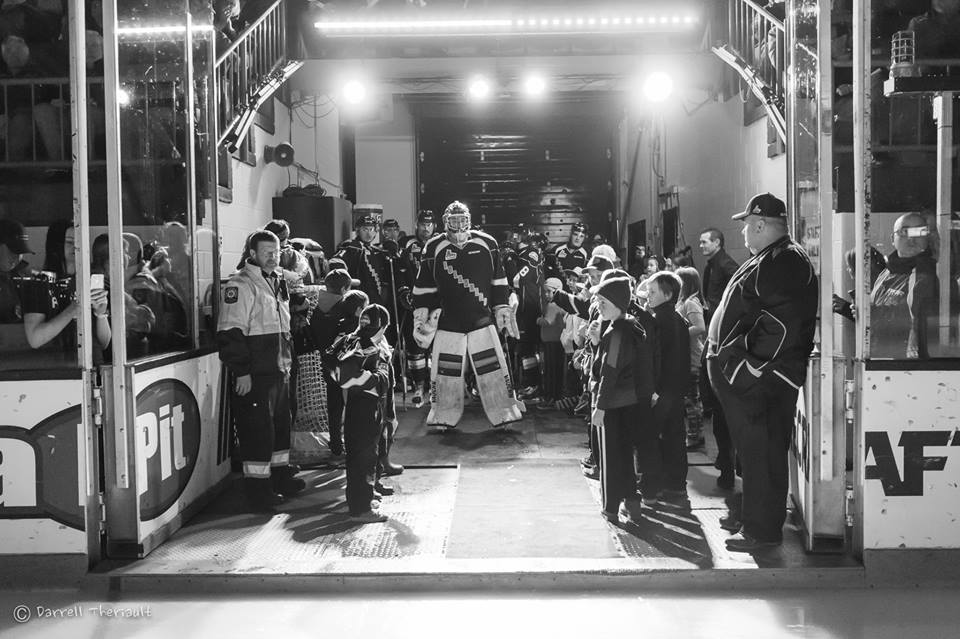 Another season has come to an end for the Charlottetown Islanders.

They made it to the second round of the QMJHL playoffs for just the third time in franchise history, and the second time in the past two years.

They fell just two wins shy of advancing to the third round for the first time ever, and the team feels they could have done so.

“I think we were all sad that the season ended (Sunday),” said forward Daniel Sprong. “You never want to lose like that but those things happen.”

It’s still a big turnaround for the Islanders after a roller coaster of a season that looked at one point like they would have to fight just to make the playoffs.

“It was a very unique season in that it was really a tale of two different seasons,” said Hulton.

But after a resurgent second half, the team fought back up the standings to finish 9th overall, just a few points shy of getting home ice advantage.

Not getting home ice didn’t turn out to be a problem for the Islanders, eliminating the Rimouski Oceanic in six games in the first round.

The second round was always going to be a challenge against the second-seeded Shawinigan Cataractes. Although they put up a good fight, coming out of the first pair of games in Shawinigan with a split, the Cataractes turned it up a gear to take the series in six games.

That final game six was definitely not the way the team pictured going out, said Hulton.

“All in all, I couldn’t have asked for any more from the players. Every single guy gave us everything they had. At the end of the day it wasn’t enough, and that’s disappointing, but I think this group did a good job of pushing their talents to the limit.”

Although that team sitting in 17th place at Christmas would’ve probably been thrilled to have taken Shawinigan to six games, the team that finished the second half is disappointed in what they consider an early exit.

“Even through the disappointments of the first half, we still felt we were a team that could get up and go there,” said Hulton. “So from that standpoint, I look at it as a coach, I guess I’m a little disappointed that we couldn’t advance a little bit further.”

It was the first season behind the bench for Hulton, who said it was “an honour and a privilege” to coach this team.

“I loved my time here in my first season. I think my lasting memory will be that final home crowd in that wild second period. The building was alive, there was energy. It felt like we became a part of the community there at the end and that was gratifying.”

Despite the ups and downs, he said he thoroughly enjoyed working with this team and looks forward to doing it again next year.

“My staff was terrific – with Connor (Cameron), Luke (Beck), Kevin (Elliott), Spider (MacNeil) and everyone who surrounds me. My working relationship with Grant (Sonier) was second-to-none. It feels like a family unit here and it was very gratifying.”

Sprong echoed Hulton’s thoughts of this team becoming a family.

“This team was something special… I don’t know how to put it.

“It was the perfect mix of jokers, serious guys. We just clicked well, all of us. I don’t know how to explain it… we just became family after Christmas. We knew that the team wasn’t in a good situation in the standings and every guy that came in brought a different type of vibe.”

Sprong believes the team on the ice in the second half was one of the best this franchise has ever produced, and will change the way other teams look at the Islanders.

“Guys that are coming back here know what the standards are, and for the new guys getting drafted here this summer on P.E.I., they know the standards coming in, that it’s a serious organization.

“We’re not a team any more that gets blown out or a team that teams think is gonna be an easy win.”