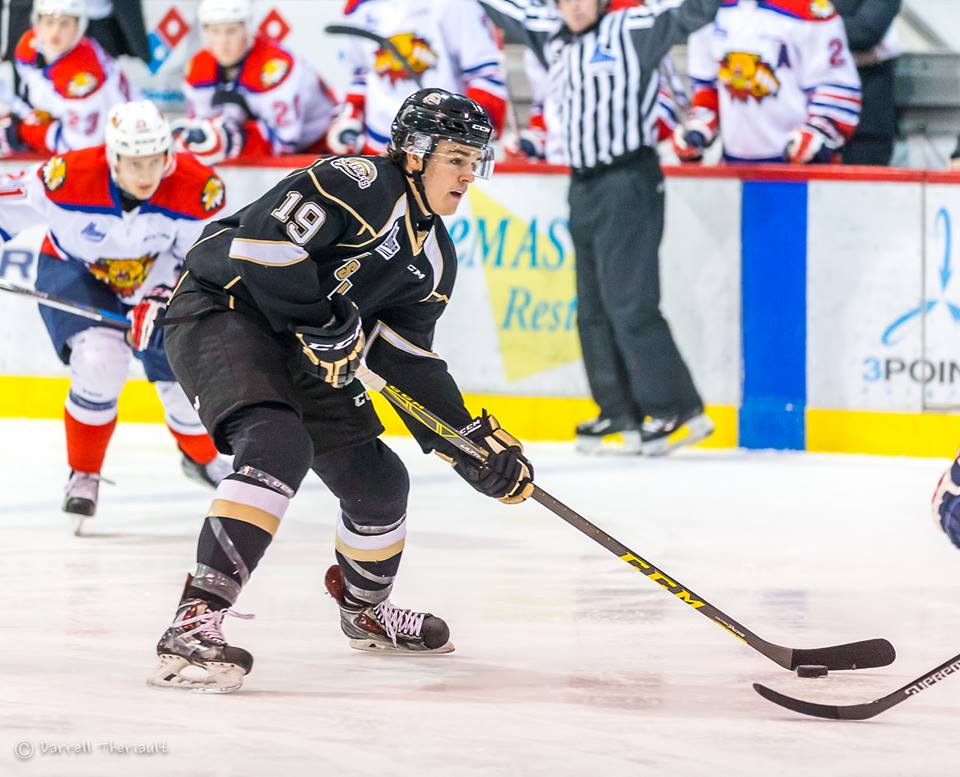 Daniel Sprong had the lone goal and Mason McDonald had a 42-save shutout as the Islanders won their fifth straight with a 1-0 victory over the Moncton Wildcats on Sunday afternoon at the Moncton Coliseum.

There was plenty of action through the first two periods, but no scoring until the third.

Moncton had a huge opportunity to get ahead in the third on a 5-on-3, but the Islanders successfully killed both penalties.

Then Samuel Blais and Sprong found themselves on a 2-on-1 shortly after, with Sprong whipping a shot past Keven Bouchard for what would end up being the game’s only goal at the 8:40 mark of the third.

McDonald made the save of the game midway through the game as the Wildcats had a wide open net, but McDonald got the pad across to keep his team ahead.

The Wildcats came close with Bouchard pulled for the extra attacker, but couldn’t get one past McDonald.

Bouchard was just as good at the other end of the ice, making 35 saves.

The Islanders have the week off before heading to Quebec next weekend for three games in three days, starting Friday in Sherbrooke.